Till now, you know how to print any message on the screen. In this chapter, you will learn more about basic syntax of C# and also to take input from a user.

In C#, whitespace refers to spaces, tabs (\t) and newlines (\n). Either of spaces, tabs (\t) or newlines (\n) is not visible on the screen and we can only see blank spaces and thus, the name whitespace. In some places in our code, whitespace is necessary whereas, in other places, it is just given to improve readability. For example, while writing 'class Hello', it is necessary to give a space between class and Hello (as they are two different words).

On the contrary, there is no need to give any space in the following statement, after ({).

Although we can give as many whitespaces as we want, the compiler ignores all the unnecessary whitespaces. The following code also runs just fine.

In this example, compiler ignored the unnecessary spaces and the code just ran fine.

An identifier is the name of any user-defined element. Names of classes, methods, variables, etc. are identifiers. Let's see an example first.

Output
Hello World
You can ignore any warning for now if you are getting one. It is occuring because we are not using the variable a anywhere in our program after defining it.

int a = 2 → a is the name of an integer variable which is assigned a value of 2. So, a is an identifier. You will learn about variables in the next chapter. For now, you can just proceed with the knowledge that a is a variable which will store an integer value in it because of int written before it. 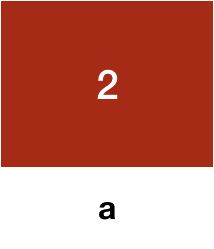 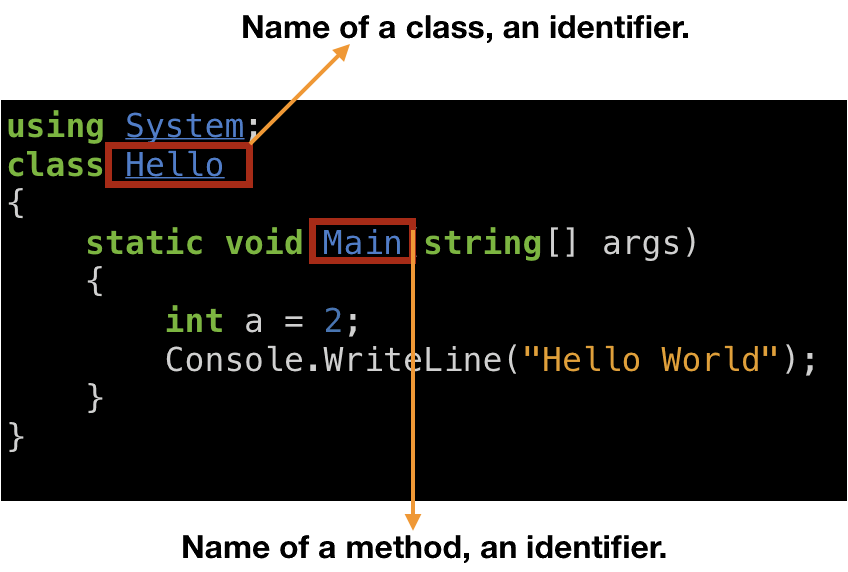 C# is a case-sensitive language i.e., it distinguishes between uppercase and lowercase. For example, hello and Hello are different identifiers in C#.

There are few rules for naming an identifier and we should take care of them while choosing any name. Some of the important rules are:

There are some predefined reserved words in C# which have their special meaning and thus cannot be used as identifiers. These words are called keywords. For example, class is a keyword used to define class, using is used to include a namespace, etc.

We can use a keyword as an identifier by including @ before it. For example, if we want to name an identifier class, we can name it @class.

Some of the common keywords are:

You can always look at the official documentation to know more about keyword.

We make our programs for users. So, there must be some way to involve users in our program and to take input from them. In this section, you will learn to do so.

There are different methods to take input. Let's start learning them.

To input some value from a user, we use the ReadLine method same as we use the WriteLine method for the output. Like WriteLine, ReadLine is also defined in the Console class of System namespace.

ReadLine takes input from the user until 'Enter' is pressed. 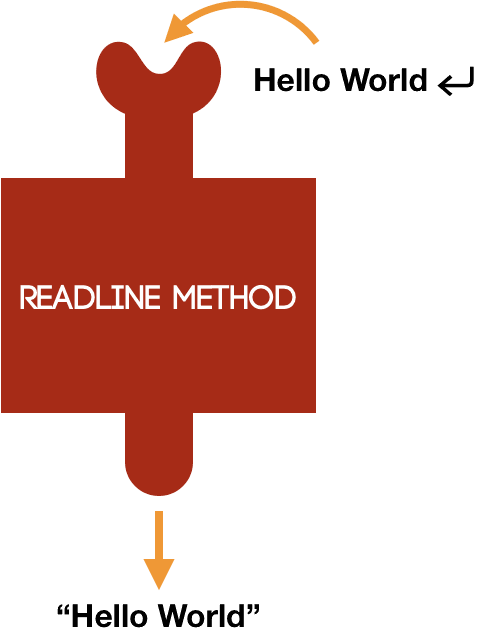 Look at the following example in which the user is entering some value for a variable which is then printed on the screen.

Here, string a is just like int a which we used earlier. It means that a is a variable which will store a string value in it. A string is basically a collection of characters. In simple English, it is a word, sentence, etc. For example, "Hello", "CodesDope", "Hello World", "abcd", etc. all are strings.

Lastly, we used Console.WriteLine(a) to print the value of a and it printed its value i.e., "Learning C# from CodesDope".

Console.Read doesn't wait for the 'Enter' to be pressed and stops taking input as soon as a character is given to it.

We used Console.WriteLine(a) to print the ASCII value of the given character.

Did you notice that we are always starting the name of a class with a capital letter like Hello, Print, etc. This is not a rule but a convention we follow. This is important because a programmer writing a code in C# will name his classes, methods, etc. using these conventions and it will be easier to read the program by other programmers if conventions are followed. We are going to give some conventions here and we will give more along with the course. 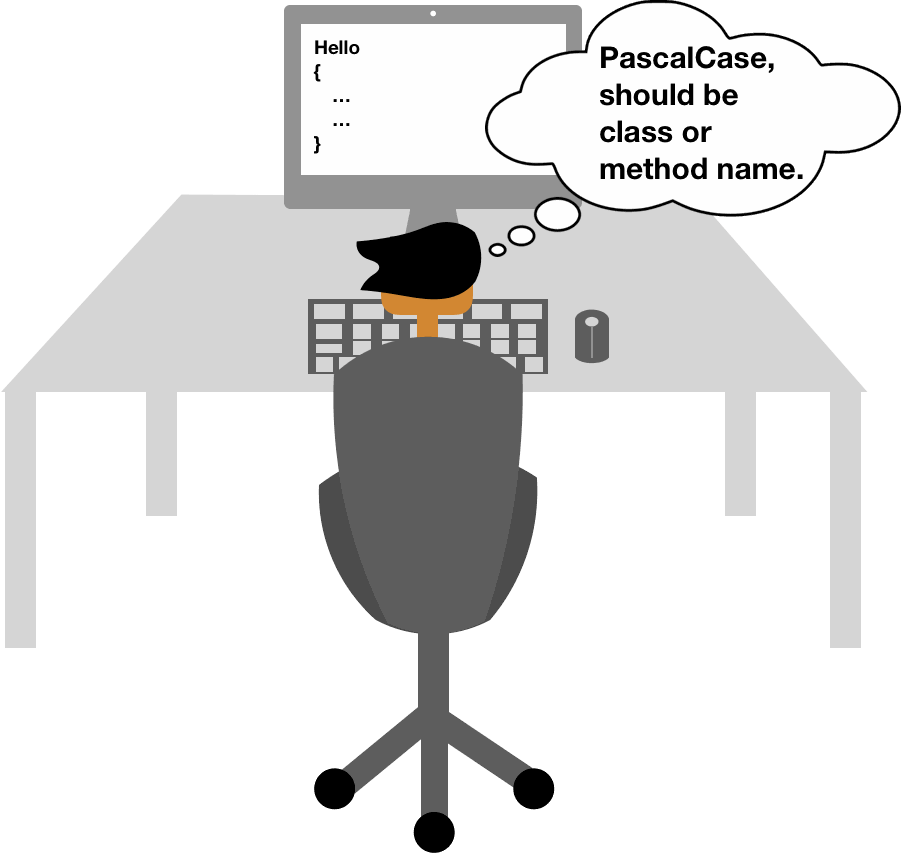 As stated above we will introduce more conventions along with this course.