In this chapter, we will go through the second method to achieve abstraction i.e., interface.

Interfaces are mainly used for the following reasons.

We will see how an interface helps achieve full abstraction and how it can be useful in a program as we will go through the chapter.

What is an Interface?

To create an interface, the interface keyword is used.

For example, an interface named Walk can be defined as shown below.

Let’s read about the methods and variables defined inside an interface.

All methods defined in an interface are public and abstract by default.

For example, an interface named Walk with an abstract method named walk() can be defined as follows.

All variables declared in an interface are public, static and final by default.

Since all variables defined in an interface are by default public, static and final, there is no need to explicitly declare them as public, static or final. If we try to define a non-public, non-static or non-final method inside an interface, then we will get an error.

For example, an interface named Walk with an abstract method named walk() and a variable named hours can be defined as follows.

Now you know how to create an interface with methods and/or variables. So let’s see how to use interfaces in Java.

Any number of classes can implement an interface.

Output
A dog walks for 10 hours in a day

An object d of the class Dog is created and calls the method walk().

Note that we defined the walk() method in the class Dog as public because this method is by default public in the interface.

Let’s see what would happen if the class Dog implementing the interface Walk doesn’t implement the method walk() defined in the interface.

Since a class implementing an interface must override all the methods of the interface, therefore we got an error on running this program because the class Dog doesn’t implement the method defined in the interface Walk.

A Real Life Example of Interface

We know that all vehicles (including cars and bikes) need servicing from time to time. Suppose we want to create two classes named Car and Bike having a method that returns the time after which servicing is required for the vehicle. Here, we can create an interface named Servicing having an abstract method named getServiceTime() and can make the classes Car and Bike implement the interface Servicing and thus implement its method getServiceTime().

Note that when a class implements an interface, it must implement all the methods of the interface. Therefore, in our example, the interface Servicing acts as a base or a prototype for both theclasses. Thus, all the classes implementing the Servicing interface must define the getServiceTime() method.

This is implemented in the following program.

As you can see, the interface Servicing is like a prototype which tells us that any class of a vehicle must contain the getServiceTime() method that returns the time after which servicing is required for the vehicle. Thus, all the two classes of vehicles implementing it have this method.

That was interesting! Don’t you think using an interface made our code much more organised?

In the last example, the interface Servicing has the getServiceTime() method without any definition (body) of the method. Thus, Servicing acts like a prototype that just tells us that a vehicle class has the getServiceTime() method that returns the servicing period of the vehicle without telling us any implementation details (like how the servicing period is calculated and returned) of the method.

Since an interface can contain only abstract methods, it provides full abstraction.

In the Inheritance topic, we saw that multiple inheritance is not possible because a single class is not allowed to inherit more than one class in Java. A similar functionality, however, can be possible using an interface.

In Java, a single class can implement more than one interface. This is how multiple inheritance can be achieved. 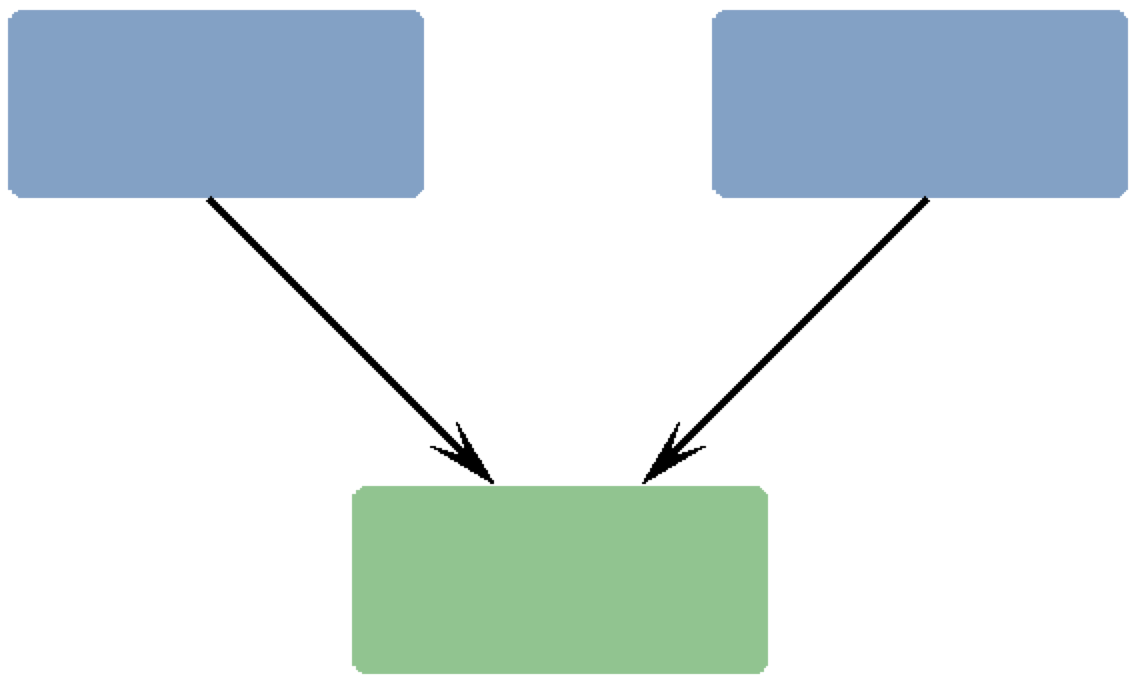 In the above code, class C implements both interface A and interface B. As a result, it will implement the abstract methods of both the interfaces.

Let’s see an example in which a class inherits multiple interfaces.

Most of the birds can fly as well as walk. However, there are some birds like Humming Bird and Loon that can fly but can’t walk. Here, we can create an interface named Fly having a method fly() and an interface named Walk having a method named walk(). Now, we can make the classes of birds that can fly and walk implement both the interfaces, whereas the classes of birds that can only fly implement only the first Fly interface, as shown below.

Here, we have implemented a case that a developer both frontend as well as backend.

Till now we know that a class extends a class and a class implements an interface.

What if we want an interface to implement (use) another interface?

Then we can make two classes Shape1 and Shape2 implementing the Rectangle and Triangle interfaces. This is demonstrated in the following program

As you already know, interfaces are just prototypes or base models upon which classes are built. You can play around with interfaces and classes making your code more and more organised.

For example, you can extend multiple interfaces from a single interface and implement multiple classes for each extended interface. There are many more combinations which you can try based on your use case.

For example, since all types of cars have brake and accelerator functionalities. So we can make an abstract class named Car having getBrake() and getAccelerator() methods and make all car models as its subclasses, as shown below.

From the above explanation and examples, we can conclude the following points.