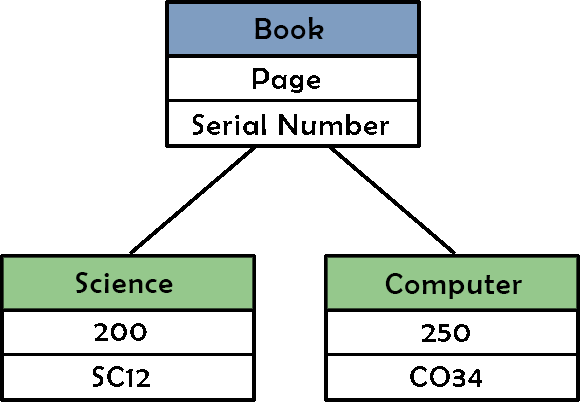 So, here, 'book' is a class having attributes 'Page' and 'Serial number' and 'Science' and 'Computer' are objects(instances) of it.

So, now you understand that class is something which acts like a base, having some definitions. And objects are instances of class following those definitions.

One more example of class and objects you can think of is bank account. Think of 'Account' as a class having attributes 'min_balance' and 'rate_of_interest' and 'Saving' and 'Current' are its objects. 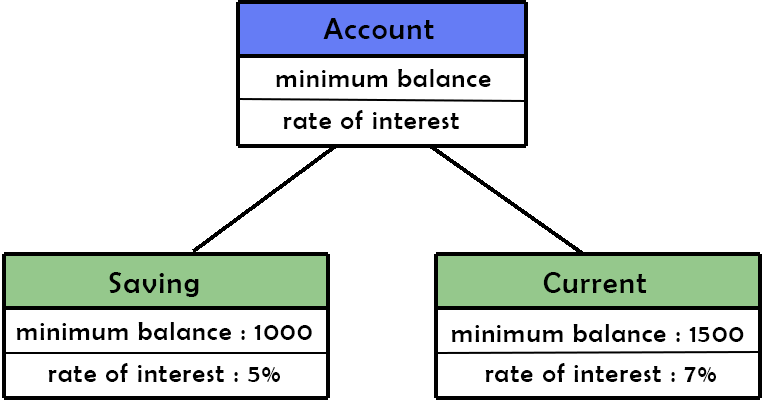 I hope you have got the feel of classes and objects. We will be dealing with programming parts in later sections.

Many times, we make a subclass of a class itself. The class whose subclass has been made is called superclass.
For example, 'Student' class can have 'BTech', 'MTech' and 'Phd' as its subclasses. Here, all three subclasses will have the properties of the parent class as well as some of their new properties.
Another example can be of 'Book' as superclass and 'ScienceBook' and 'MathsBook' as its subclasses.

In this section, you have been introduced to some concepts of programming. In the following sections, you will go through the programming parts.

To learn from simple videos, you can always look at our C++ video course on CodesDope Pro. It has over 750 practice questions and over 200 solved examples.
Prev Next
CODESDOPE PRO
It's
Simple and Conceptual
with Chance for Internship*
C++ in English
Launched
Get C++ (English) course for 999
Pro Course Features
Simple Videos
Questions to Practice
Solved Examples
Internship Chance*
Certificate of Completion
Discussion with Experts
Learn for FREE
Ask Yours
Recent Posts