Ruby is a dynamic, reflective, object-oriented, general-purpose, open-source programming language. It is a very simple, friendly and easy to use programming language.
Its creator, Yukihiro “Matz” Matsumoto has often said that he is “trying to make Ruby natural, not simple,” in a way that mirrors life.

Some of the places where Ruby is used are :

How is Ruby simple?

I will write a code to print Hello World on screen in C, Java and Ruby. Decide yourself which is simpler.

How to run Ruby 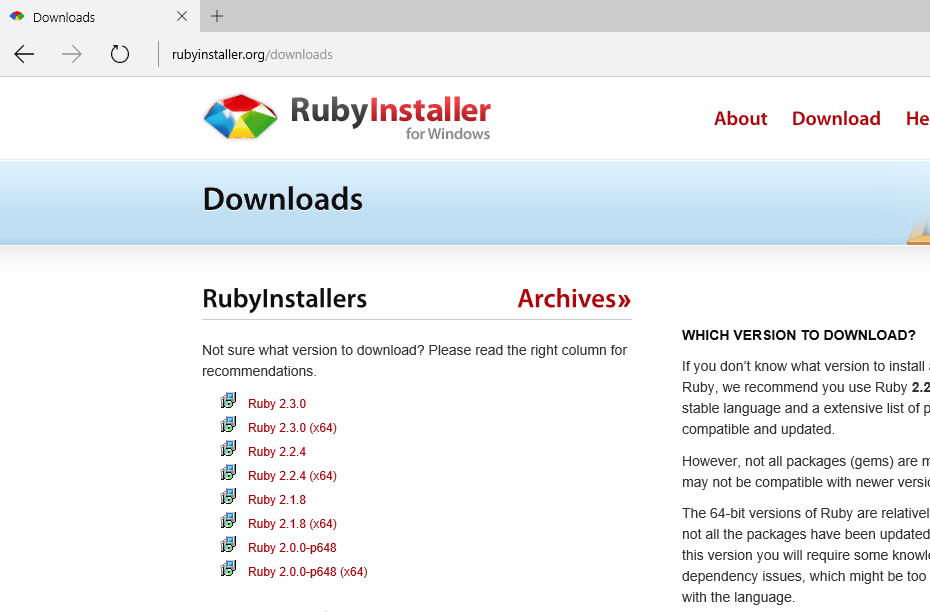 3. Open it from the installed apps ( Start Command Prompt with Ruby ). 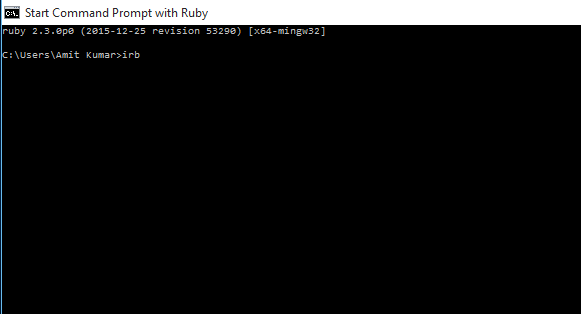 5. Type the code given below and press Enter and then you can see Hello World printed. 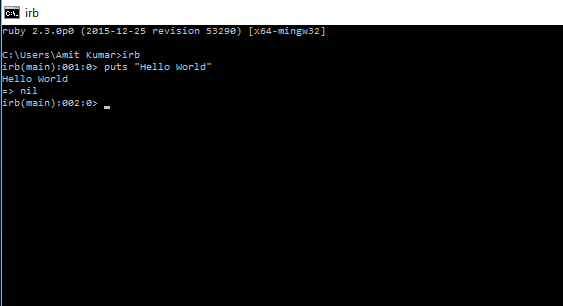 4. Use the command mkdir ruby to make a new folder named 'ruby'. 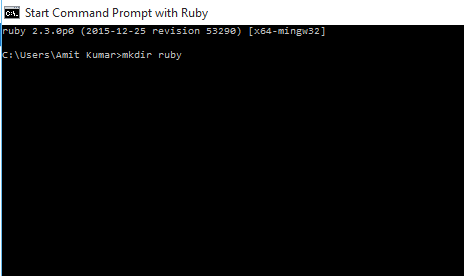 5. Switch to the folder 'ruby' by using the command cd ruby. 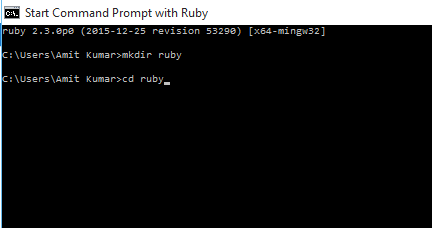 6. Type the Ruby code given below in a file with .rb extension and save it in that folder ( name of our file is hello.rb).

7. Enter the command ruby hello.rb i.e., 'ruby filename' and then you can see 'Hello World' printed on the screen 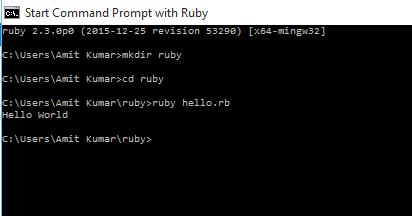 Now you know how to run Ruby codes and you are ready to go for the next chapter.

Check whether Ruby is installed on your computer by entering the command ruby -v. If it is installed, then proceed to next steps otherwise download it. This is a nice tutorial to download Ruby in Ubuntu.

2. Open a new file with .rb extension ( name of our file is hello.rb ) in your favourite text editor ( we are using gedit ).

3. Write the Ruby code given below and save it.

4. To run this code, enter ruby hello.rb (it means that you have to enter 'ruby filename').

Now you can see Hello World printed on the screen.

So, now you know how to write and run Ruby codes from a file.

2. Enter irb in terminal. Then it will activate Interactive Ruby Shell

3. Enter the code given below and you will see Hello World printed.

So, now you are ready to go for the next chapter.