As mentioned above, it is a widely used programming language. Some of the places where Python is used are :

This list is never-ending, with new additions to it every day, but I hope it is enough to motivate you to learn Python.

How is Python simple?

I will write a code to print "Hello World" on the screen in C, Java and Python. Decide yourself which is simpler.

How to run Python 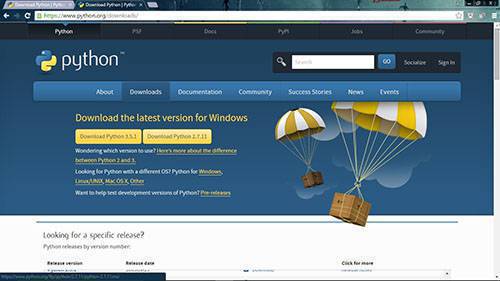 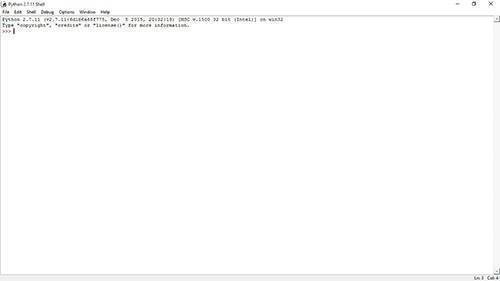 To run directly on shell

4. Type the code given below and press Enter and then you can see Hello World printed on the screen. 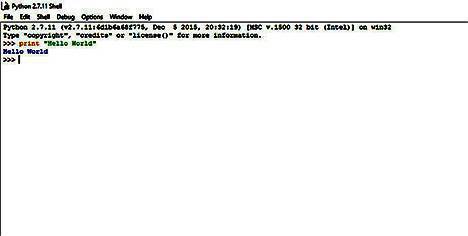 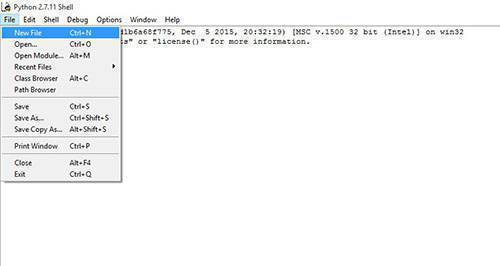 5. Type the Python code given below and save it.

6. Go to Run -> Run Module and you will see Hello World printed. 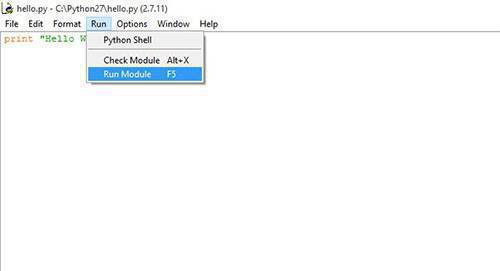 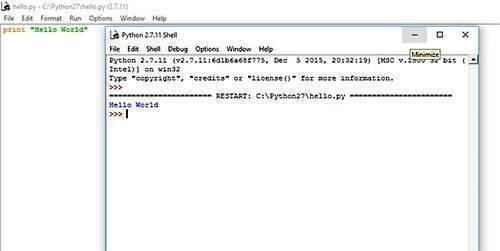 Now, you know how to write and run Python codes and you are ready to go for the next chapter.

2. Open a new file with .py extension ( name of our file is hello.py ) in your favourite text editor (we are using gedit).

3. Write the Python code given below and save it.

4. To run this code, enter python hello.py or python3 hello.py for Python 3 (it means that you have to enter 'python filename' ('python3 filename' for Python 3)).

Now, you can see Hello World printed on the screen.

So, now you know to write and run Python codes from file.

To run on python shell

2. Enter python or python3 command in the terminal, then it will activate the python shell

3. Enter the code given below and you will see Hello World printed. 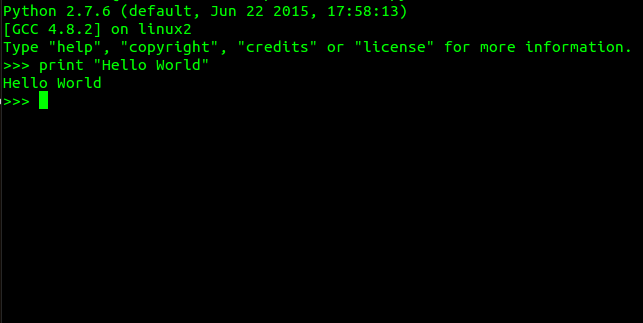 Now, you are ready to go for the next chapter.

Create a class named Shape with a function that prints "This is a shape". Create another class named Polygon inheriting the Shape class with the same - Cpp
What is wrong in this Program? - C
Related to pointers and arrays - C
Write a java program that takes 15 values of type integer as inputs from the user, store the value in an array - Java
need this code - Java
want this solution..in today its urgent - Java
Recent Posts