In this chapter, we are just going to look at the basic idea of a tree data structure and we will go through some specific trees in later chapters.

Trees store data in a hierarchical order. Let's look at an example of a corporate structure stored in a tree.

The above picture is a tree. In general, each node of a tree has children and parent as shown in the picture given below. 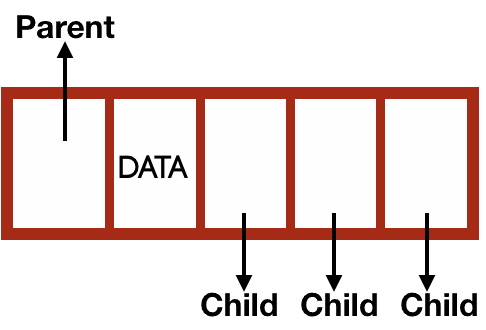 Similar to children and parent, there are many other terms which are used with a tree. So, let's have a look at some important terms used in a tree. 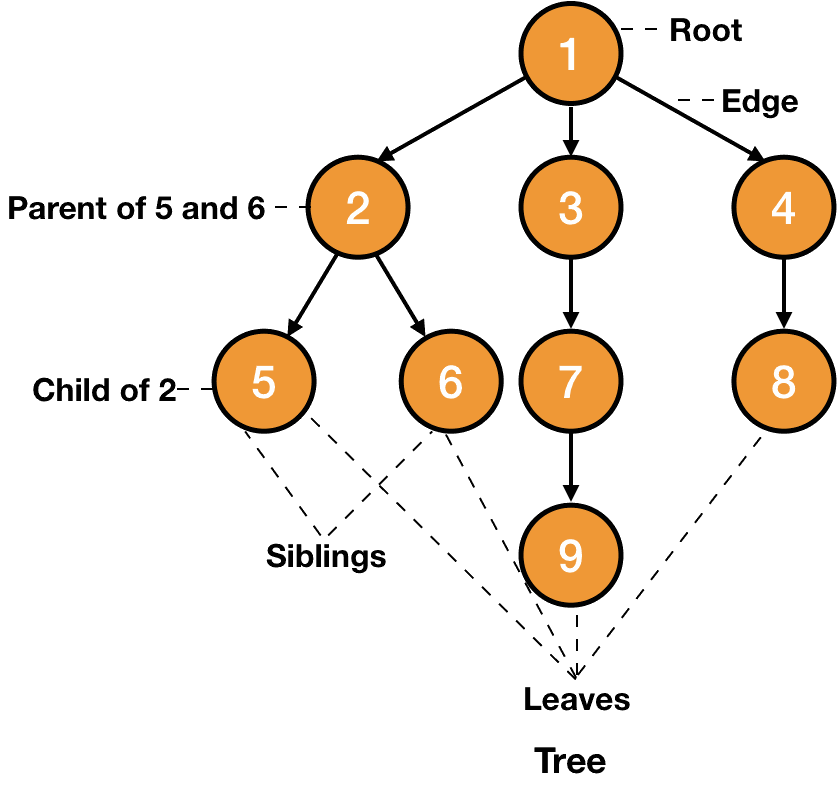 Properties of a Tree

A tree must have some properties so that we can differentiate from other data structures. So, let's look at the properties of a tree.

The numbers of nodes in a tree must be a finite and nonempty set.

There must exist a path to every node of a tree i.e., every node must be connected to some other node.

You must be pretty much clear about trees. So, let's code up a tree.

Coding Node of a Tree

Till now, it must be clear that a node of a tree contains information of its parent, children and data. So, we can accordingly make nodes in different languages. Sometimes, we also use an array to represent a tree as you will see in the next chapter of binary trees.

For now, let's just make a general node of a tree in different languages.

That's all about a tree for now. In the next chapters, we will look at different trees.

Nothing in life is to be feared, it is only to be understood. Now is the time to understand more, so that we may fear less
- Marie Curie
PREV NEXT
# Further Readings
CODESDOPE PRO
It's
Simple and Conceptual
with Chance for Internship*
C++ in English
Launched
Get C++ (English) course for 999
Pro Course Features
Simple Videos
Questions to Practice
Solved Examples
Internship Chance*
Certificate of Completion
Discussion with Experts
Learn for FREE
We're Hiring
Campus Ambassadors
Register